In my opinion, the key to a truly relaxing city break is not trying to explore that city in its entirety. Rather than spending the vast majority of your time frazzled in taxis and traffic jams struggling across town, keep to a particular area and get from place to place on foot – not only will you see far more of the metropolis this way, but you’ll also work up an appetite that justifies at least three big meals a day (with a couple of coffee breaks thrown in for good measure). And here in London, the district surrounding Oxford Street is the place to put my theory to the test – it’s packed with things to do, with a great mix of the traditionally tourist-y and places that only locals would know. Here are my recommendations for the spots you need to stop by on an Oxford Street staycation. 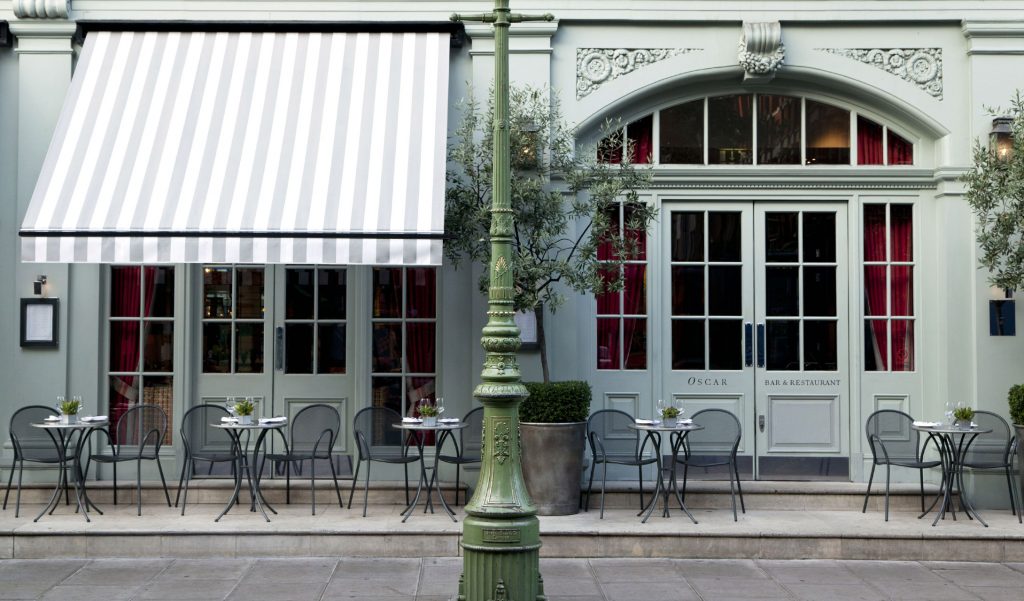 Sumptuous, colourful and homely, not only are the rooms impressive, but, for those who enjoy a hotel breakfast, the restaurant downstairs serves one of the best in town (do it right and order the apple crepes with a glass or two of champagne). 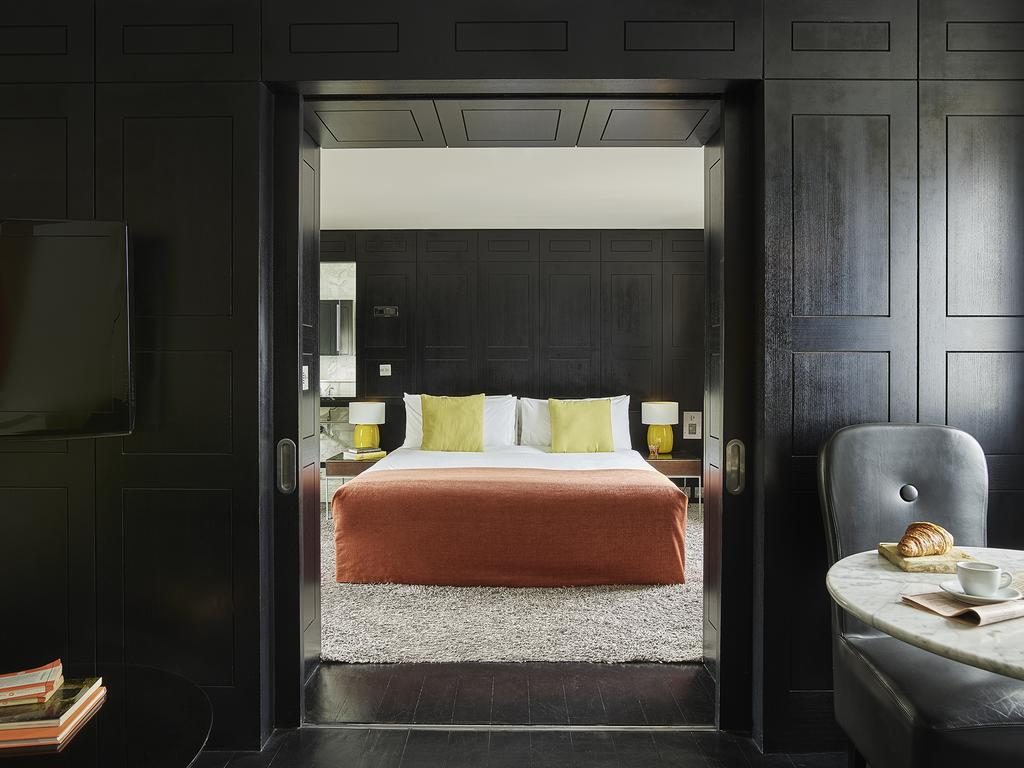 If you’re looking for some of the sexiest hotel rooms in London, check in at My Bloomsbury – and especially the MY PLACE 1 suite. With roof terrace that looks out over the leafy Bloomsbury skyline and dark wood panelling, it’s got that minimalist take on traditional English interiors that’s very “right now” right now. 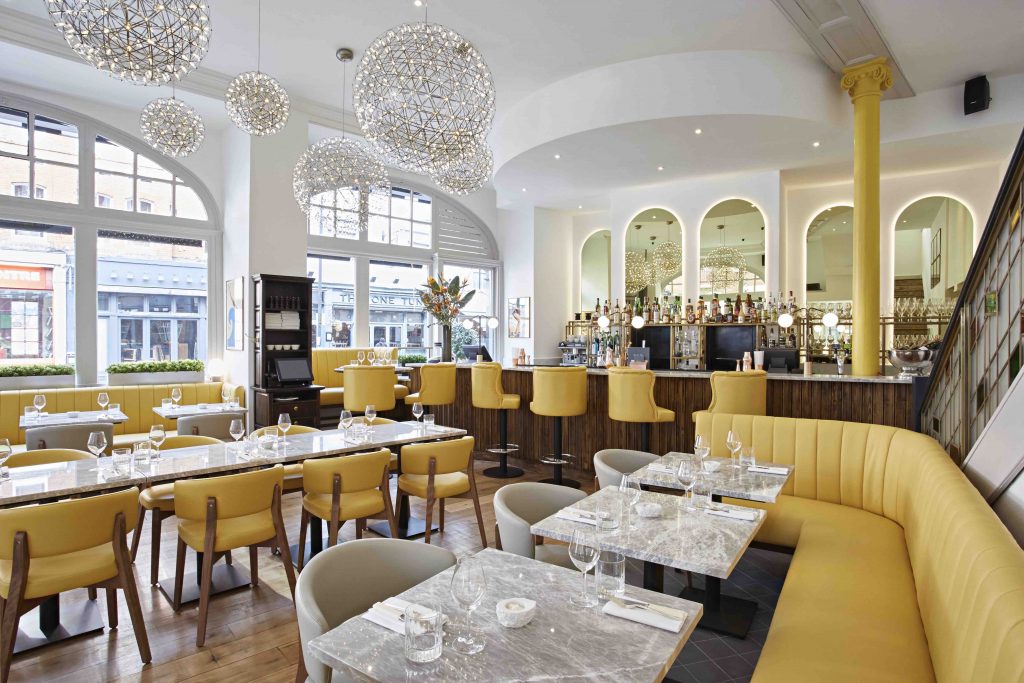 After waking up in Bloomsbury, make your way towards the West End via breakfast at Dickie Fitz. This Australian eatery brings a antipodean ingenuity to the most important meal of the day, with twists on classics (eggs benedict with kale) or whole new inventions (sweetcorn fritters with roasted portobello mushrooms and goat’s curd). And, as you might expect from a place hailing from sun-drenched climes, the iced coffees are unmissably good. 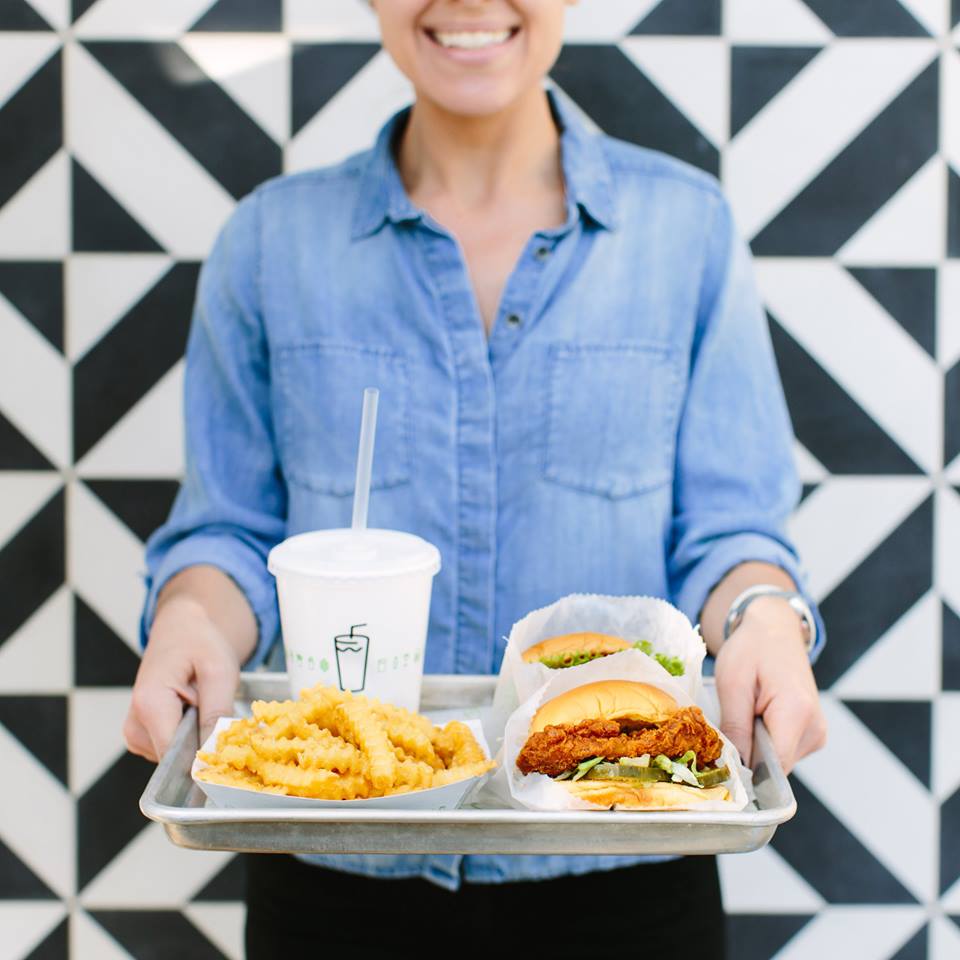 After achieving cult status on the East Coast of the US, this American burger chain is now making its mark here in the capital. It’s also one of the few burger joints where I’d say that on an already superb menus, the veggie option is the quite possibly the best option (the patty is a melting, cheese-covered portobello mushroom, deep-fried). Follow up with a cup of their frozen custard, Shake Shake’s freshly churned, thicker-than-thick ice cream. 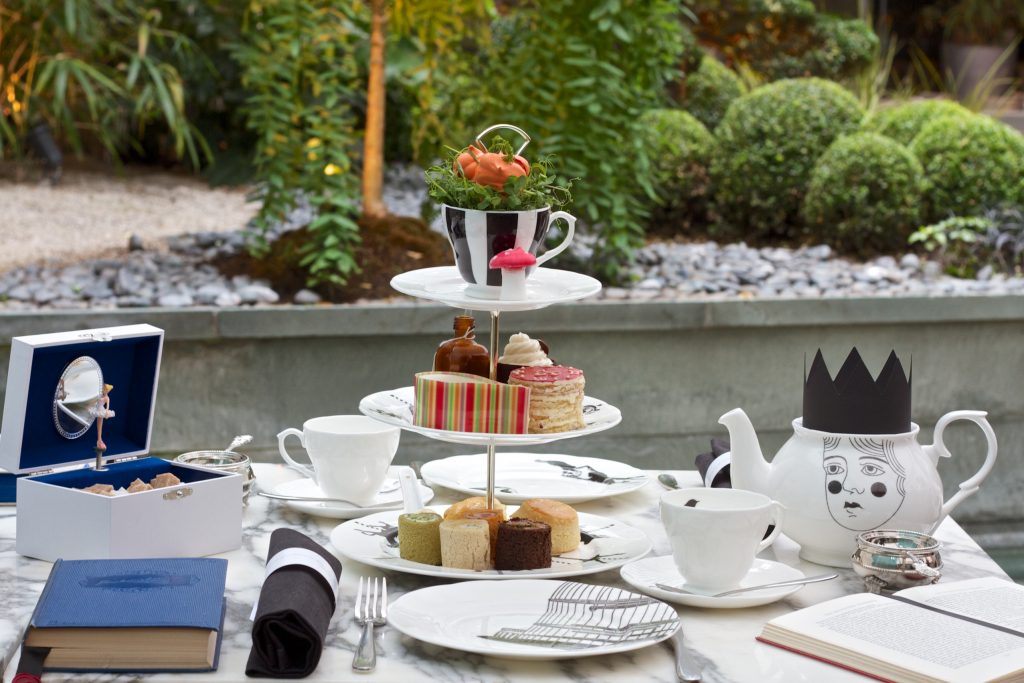 Thought afternoon teas were all dry scones and curly, crustless sandwiches? Think again. The Sanderson’s Mad Hatter’s Afternoon Tea takes the tea break to a far superior level by taking inspiration from Alice in Wonderland with red velvet Ladybird cakes, coffee-flavoured pocket watch macaroons and a selection of specially-created teas crafted in homage to the characters in the book.

Located beneath this famous Soho member’s club, the public area of Quo Vadis on the ground floor is one of the most charming dining rooms in London. On the menu you’ll find modern, wholesome British food made with fresh, seasonal ingredients. In fact, they’re so fresh that the menu changers daily, so I can’t give you a concrete recommendation, although the fresh-from-market fish is a great option (as are the desserts). And for grape buffs, the extensive wine list is one of the finest you’ll find in the capital. 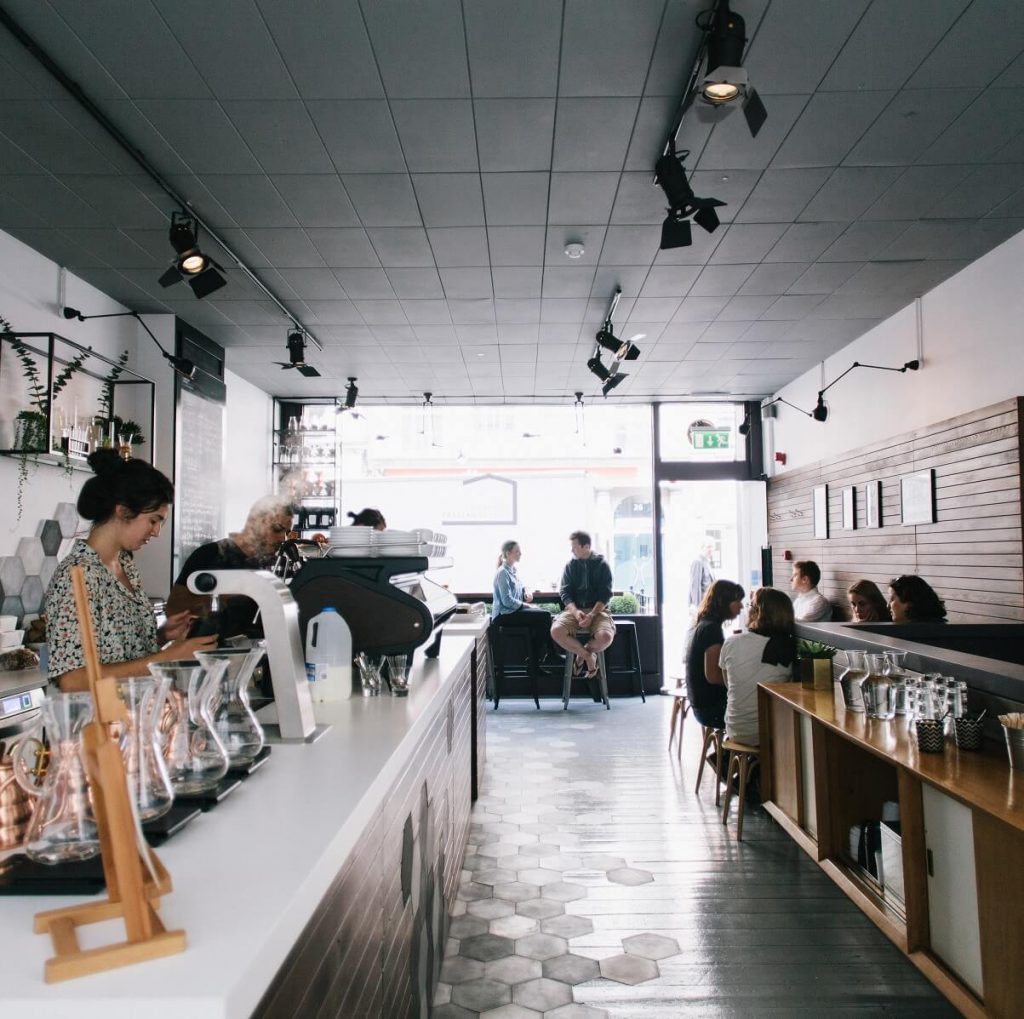 Located a couple of streets north of Oxford Street in the heart of Fitzrovia, Curators Coffee takes the dark stuff incredibly seriously. And while many of its competitors try to stand out from the crowd by adding as many ingredients as possible to their mocha-chocca-frankenchinos, Curators keeps things simple by concentrating on expertly brewed filters. 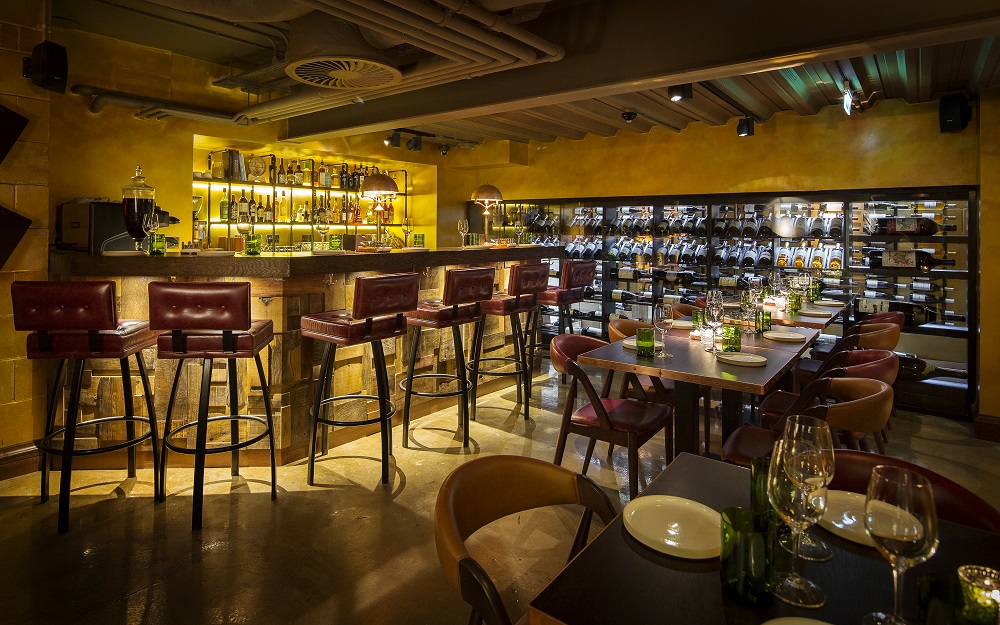 Social Wine & Tapas is Jason Atherton’s latest venture on James Street in Marylebone. Inside you’ll find a smaller bar upstairs and a slightly larger one downstairs – and while both have a vaguely industrial feel with exposed pipes in the ceiling, the soft lighting, dark wood and gold paint can’t help but make you feel warm and romantic. Of course, the wine on offer helps too. Plus it’s a bottle shop, so you can always take another bottle with you for further celebrating back at the hotel. 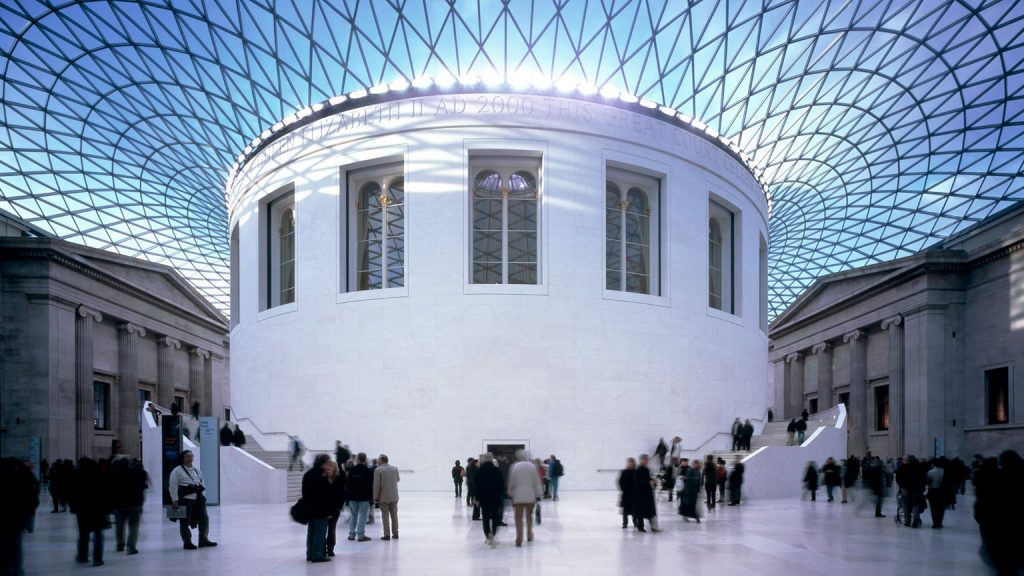 Much like a Savile Row suit, the British Museum will never go out of style. Established in 1753, the space houses some of the most precious and interesting artefacts from around the world. And while it is perhaps most famous for its mummies from Ancient Egypt, the museum has seriously good contemporary exhibitions too – check out The American Dream: Pop to Present, which is now open inside and chronicles the world’s only superpower over the past sixty years in epic detail.

Having recently undergone an extensive renovation, the Photographer’s Gallery houses a series of ever-changing exhibitions showcasing the finest camerawork both past and present. It also has one of the best glossy bookshops in the capital inside.

An American in Paris at the Dominion Theatre

Inspired by Vincente Minnelli’s 1951 Oscar-winner of the same name, An American in Paris is the latest big budget Broadway hit to open in London (it won 4 Tony Awards across the Atlantic). Set in the newly liberated Paris of 1945, this musical is packed with Gershwin’s greatest hits and lashings of old Hollywood glamour. Your shortcut to a night of dancing, singing, riotous colour: who could ask for anything more? 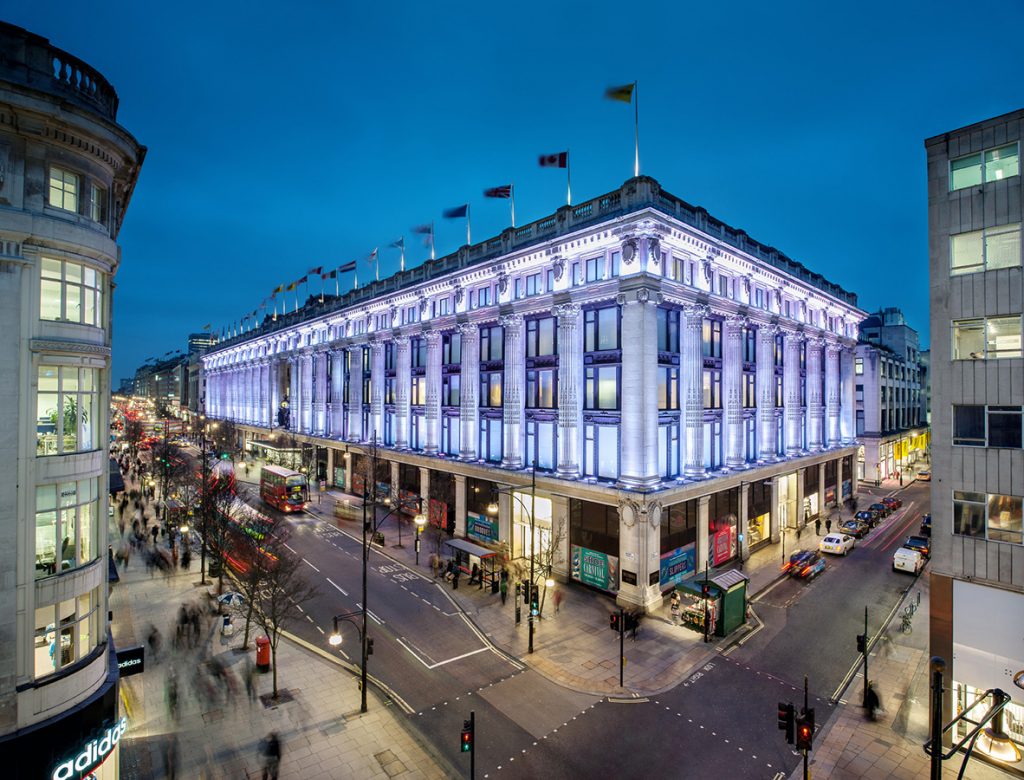 One of the capital’s most famous department stores, and still as impressive as it was when it opened in 1909. You could easily spend a day in here shopping, eating and drinking, but particular highlights include the Wonder Room, the homewares department in the basement, the salt beef sandwiches in The Brass Rail restaurant and the sleek new accessories hall at the Duke Street entrance.

Over the past couple of years, lower Duke Street has become one of the capital’s best shopping streets – and one of London’s best kept secrets. On the row you’ll find The Shop at Bluebird’s multi-brand concept store The Duke Street Emporium, shoes from cult-Brit shoemaker Penelope Chilvers and rugged outerwear from Private White VC, as well as the flagship from cool London tailoring label E Tautz and Parisian brand Ami’s first shop on this side of the Channel. If you’ve got time after you’ve checked out the shops, explore the Edwardian architectural curiosity that it Brown Hart Gardens, then head across it to refuel with the superb baked Alaska in The Colony Grill Room at The Beaumont Hotel.

Nick Carvell is the Associate Style Editor at British GQ, where he writes about all things menswear and reports from the front row at the men’s shows in London, Milan and Paris. Having started out at mrporter.com, he has written for the Evening Standard, The Times, Brides and Glamour.