Bonnie Gull’s latest opening has arrived just off Oxford Street in the peaceful surroundings of the Grade II listed raised terraced garden, Brown Hart Gardens.
Offering a unique experience as you dine beside a water feature and lush trees and plants. The Bonnie Gull restaurant has a sophisticated seaside shack décor paired with an effortless laid back atmosphere. 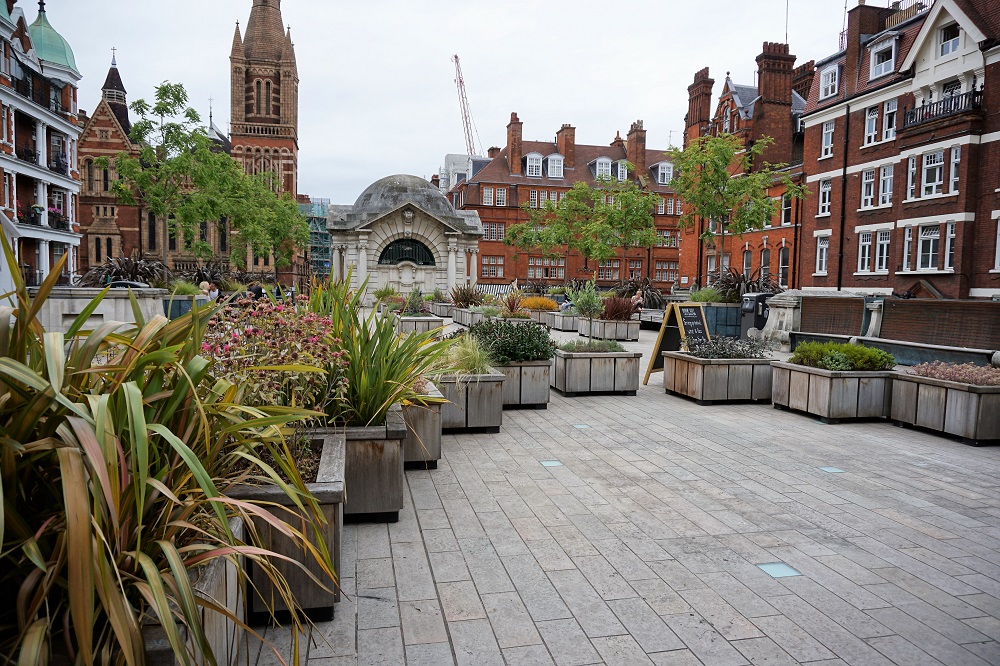 Renowned for its fresh, British seafood the menu has all the favourites of langoustines, lobster, crab and salmon split across small, large and sharing plates with all except two served cold.

However, if you’re not a seafood fan or veggie there’s options for you too with mozzarella, courgette, basil & mint and roast chicken, bulgur wheat, asparagus, board beans with sundried tomatoes being two of the dishes on offer.

Unsure of how to approach the menu our waiter kindly suggested one small plate and one large plate per person if you don’t go for one of the sharing platters. 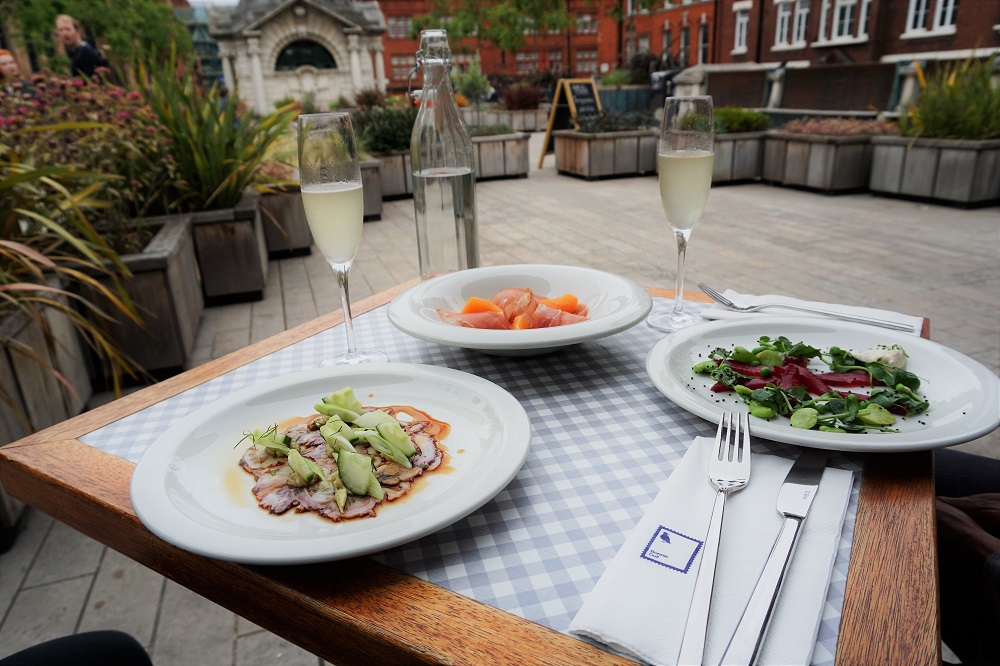 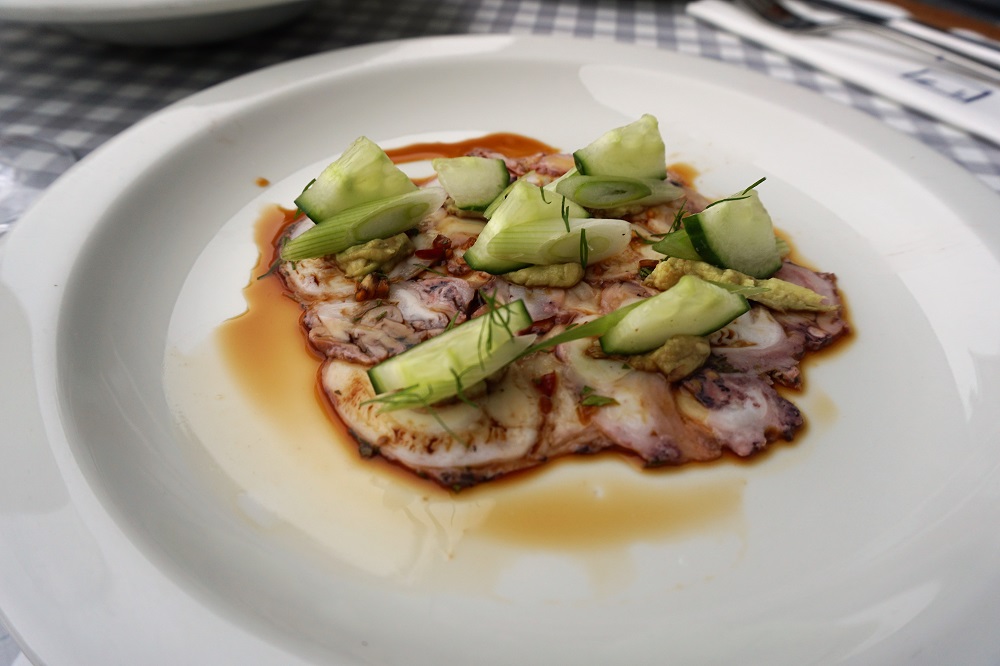 It was our first time having octopus carpaccio and we’re now big fans. Thin slices of juicy octopus topped with spring onion dressed in soy, ginger and chill for a which gave a delicately salty and spicy taste. 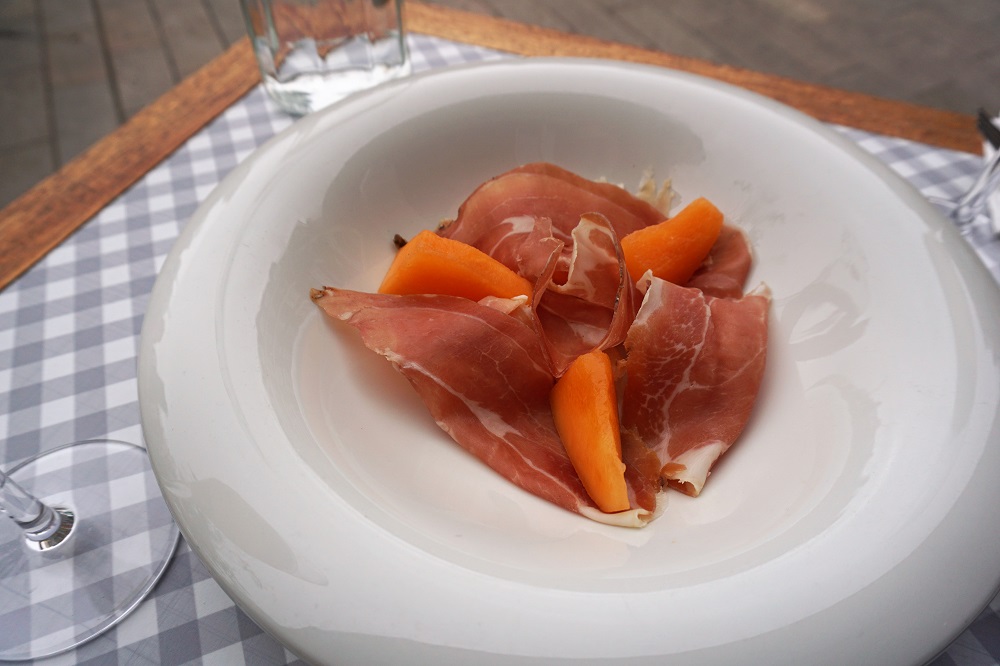 The freshness of the melon as always goes perfectly with the parma ham for a light and comforting dish. 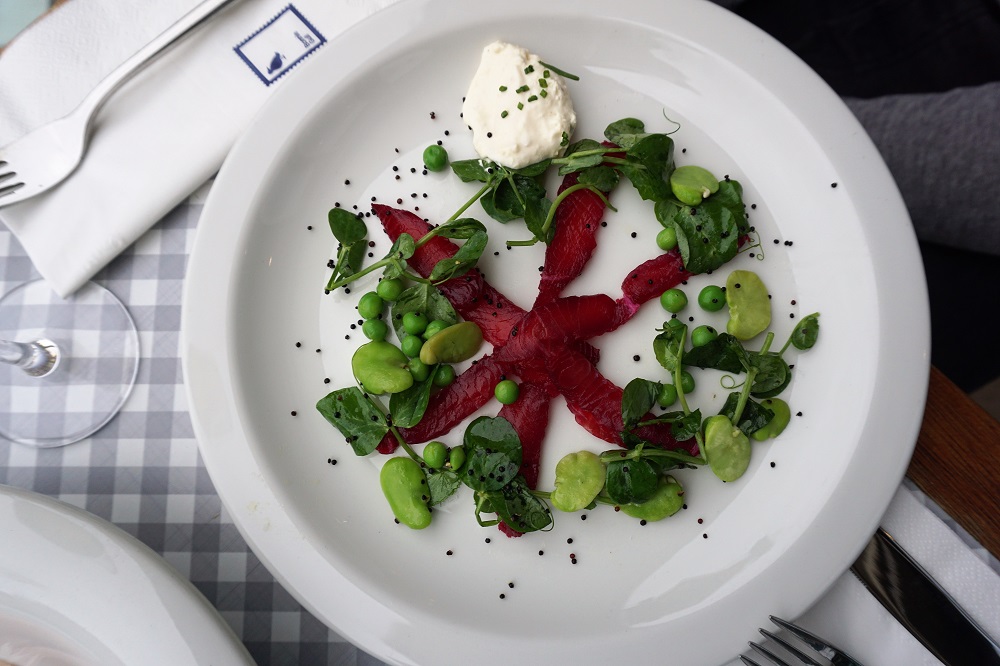 This chef told us this dish was his favourite so we had high hopes, it delivered! Subtle earthy undertones of beetroot bring a new flavour to the traditional salmon which was served with crunchy broad beans and a horseradish crème fraiche which gave a perfect sharpness and heat. 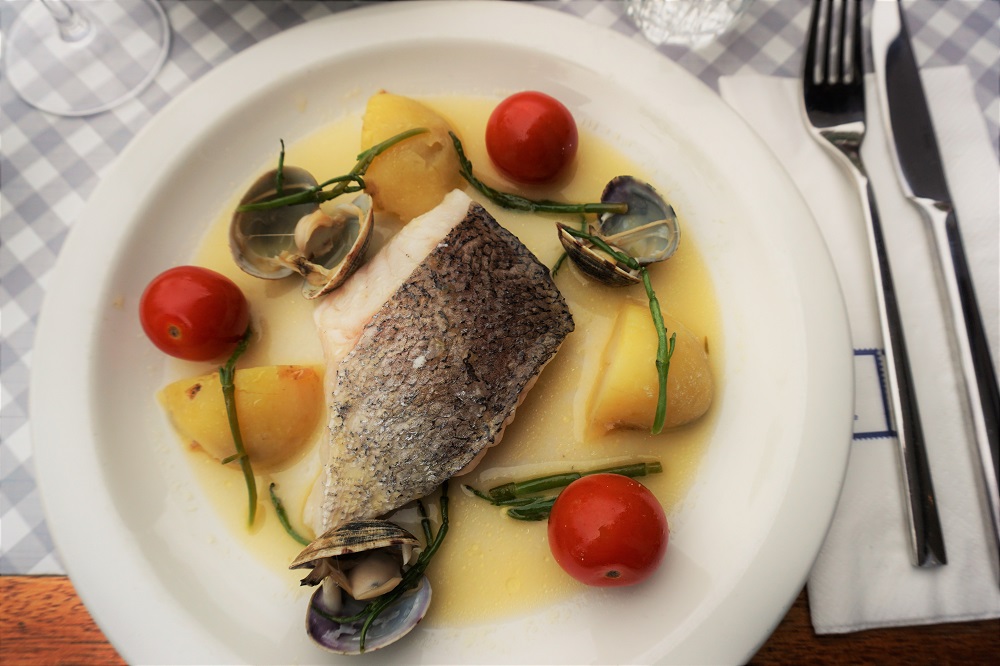 The hake arrived with an incredible smell and was baked so that it flaked away effortlessly. Served with palourde clams, samphire, jersey royal potatoes which were fluffly. The dish was brought together by a moreish white wine a butter sauce. We nearly had to lick the plate clean.

The fresh seafood menu is accompanied by a small dessert menu, ice cream or Eton Mess. Here’s what we chose 👇. 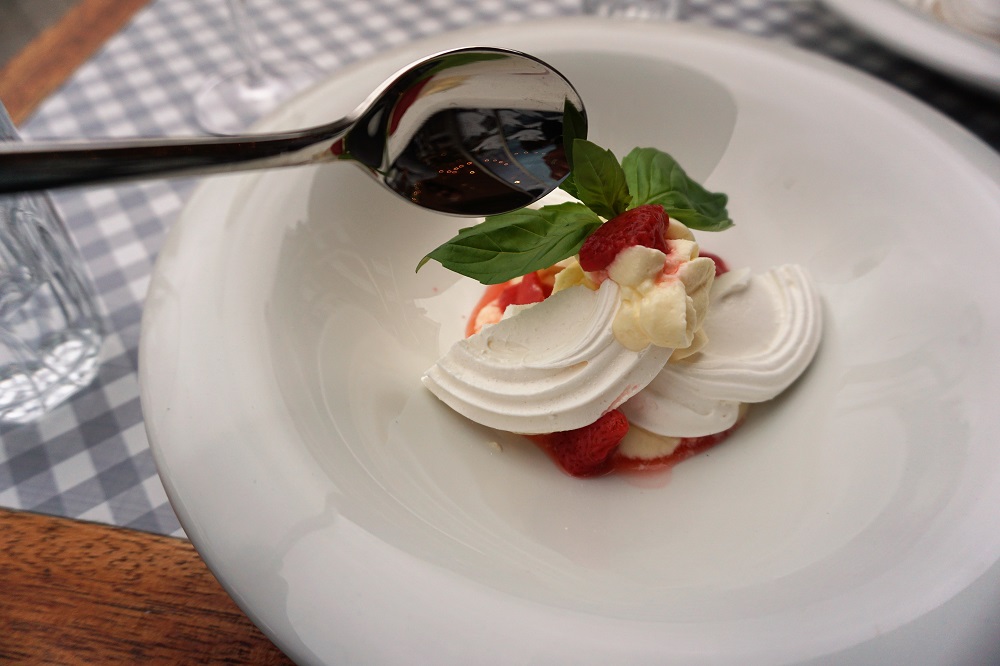 The eton mess was crunchy, chewy, creamy and so fruity with the juice from the strawberries which were topped with basil. The ultimate summer dessert.

If you’re looking for a cool, casual restaurant that has a great al fresco dining a brilliant British-sourced menu then Bonnie Gull is the place to go. Book your table.