If your interest has been piqued by London’s biannual fashion week, here are four takeaway trends to adopt for next season:

Whether you’re a fan of the Royal Highness, or you are more of a Princess Di kind of woman, London Fashion Week’s showcase of tweed will sit kindly with you. Backing traditional British heritage fabrics, the adoption of tweed and Prince of Wales check could be seen as the fashion’s retort to Brexit; the industry has been audibly against the outcome of last year’s referendum, and February’s runway shows were a opportunity for the designers to make a visual stand against it too. At Mulberry, Johnny Coca looked to a young Elizabeth at Balmoral for inspiration for the oversized tweed jackets, while at Mary Katranztou, her ‘Fantasia’ collection saw tweed skirt suits sporting contract collars and nipped-in waists. Some could say it’s the Vetements effect while others confidently point the finger at national pride – I say it’s a trend that’s not going anywhere. 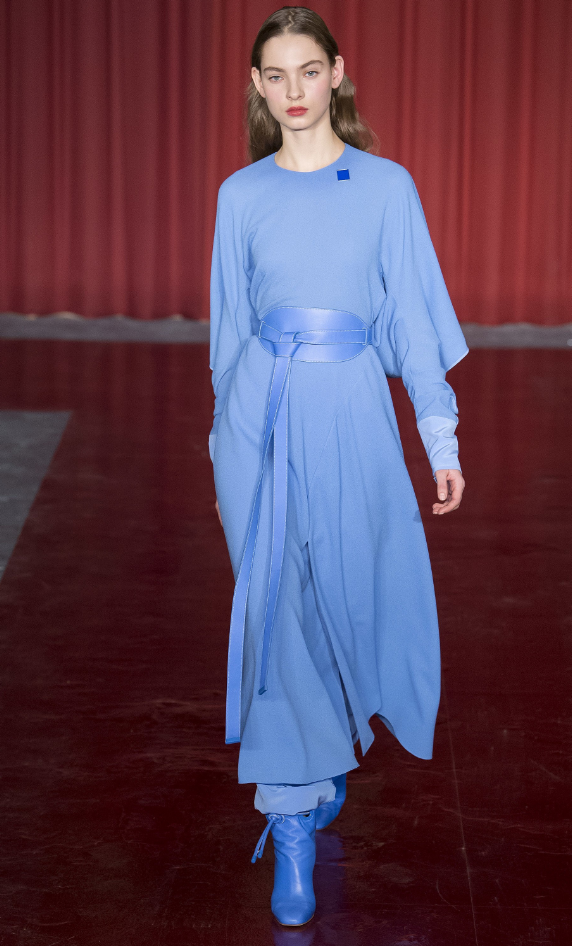 Autumn/winter is usually the season where black dominates the catwalks. Not this year.  Nicoll Blue – a hue added to the Pantone colour chart – was unveiled on Day 1 of fashion week in memorial of the late designer Richard Nicoll who passed away late last year. Roksanda, a close friend of the designer, opened her show with the a dress in Nicoll’s signature shade, before sending claret red, mustard yellow and crevette pink looks down the runway. Roland Mouret celebrated his 20th anniversary, and return to the London Fashion Week schedule, with a collection of figure flattering pieces punctuated by petrol blue, plum and sapphire tones. Meanwhile at Emilia Wickstead Majorelle blue, dusty lilac and smatterings of denim were the pillars of her best-received collection to date. The future’s bright. 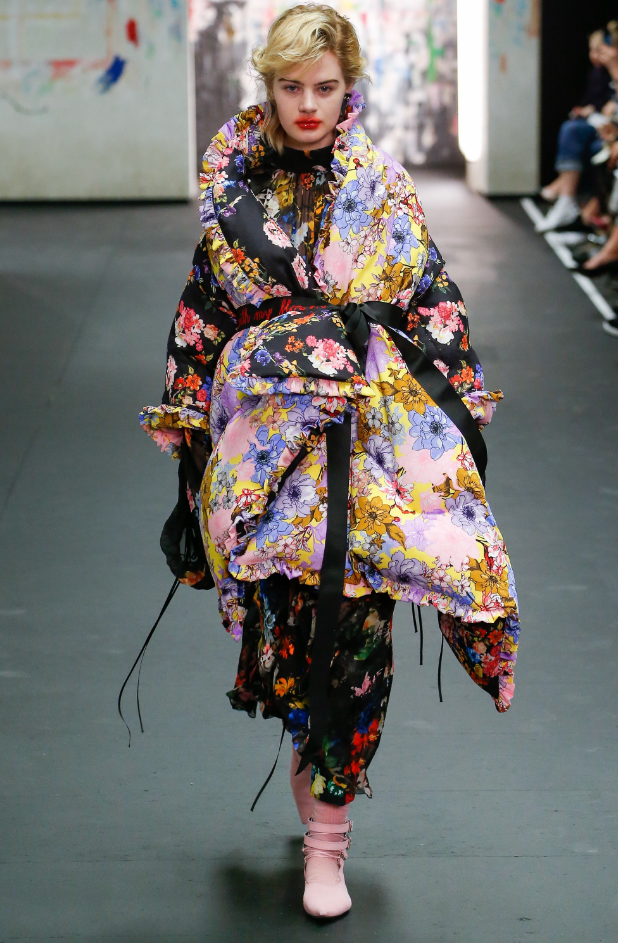 The puffer jacket was this winter’s weapon of choice, but it has had an update for next season. Perhaps designers have realised we have little need for sub-Arctic, Michelin-man style coats, as the puffer has been slimmed down and streamlined. Barbour-style quilting was transposed onto chintzy florals at Mulberry, slippery-satin quilted ankle-length coats were worn belted and beneath a dropped shoulder jackets at Roksanda, they came with patchwork pockets and contrast stitching at Peter Pilotto and in hot pink worn off the shoulder at Versus. If you’re still in the market for something oversized that will see you through a blizzard, Preen by Thornton’s Bregazzi’s eiderdown style ‘coats’ inspired by the New Romantic club scene are the one for you; they give a whole new spin on the idea of a duvet day. 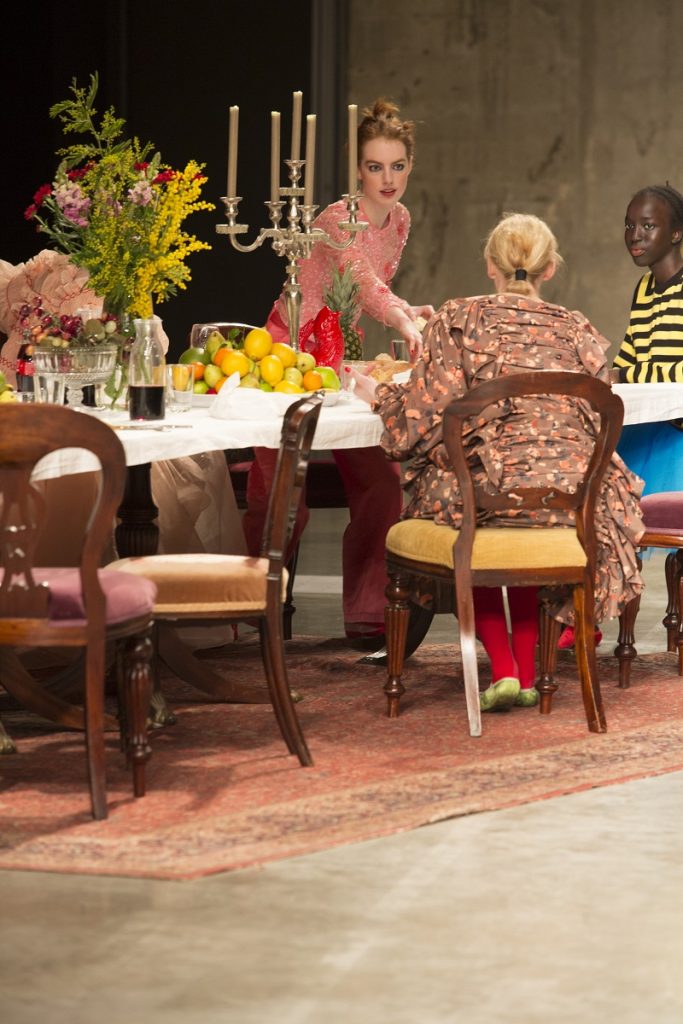 An Englishman’s home is his castle and so it’s no surprise that the lines between fashion and interiors are being increasingly blurred. Many of the large fashion houses now produce homeware collections while some smaller designers collaborate with interiors brands to create capsule collections (Jonathan Saunders for the Rug Company is particularly noteworthy and Henry Holland’s second collection for Habitat is also worth a look). So we weren’t surprised to see Molly Goddard present her latest collection around a banquet table where models gnawed on crusty bread and quaffed red wine, or at Peter Pilotto where the set was straight off the pages of an interiors magazine featuring chairs by Martino Gamper and artwork by Peter Mcdonald. Meanwhile at Ports 1961’s first collection show back in London, creative director Natasa Cagal described her collection featuring images of vases, barware and tactile blankets a “homecoming”, in more ways than one.