Mere days after the end of the year (and before most of us had had a chance to jump on our inevitable gym resolutions) the men’s shows kick off in the capital, showing us what we’ll be wearing next autumn/winter. It might seem like a long way off, but it pays to be prepared when it comes to your wardrobe. After all, if you know what’s going to be big you don’t need to actually wait until next season to give them a go – see what works for you now so you’re good to go when autumn hits. With that in mind, here are four noteworthy trends we saw on the catwalks at London Fashion Week Men’s to bear in mind on your next shopping trip.

By far the most conspicuous pattern at the shows (rather oxymoronically) was camouflage. Sure, this army-inspired print is a menswear staple, but it always amazes me the new ways designers find for us to wear it. This season, one of the most popular ways was as a full head-to-toe look (see: Nigel Cabourn or Maharishi), but if you’re not quite so bold, just go for one item to add a burst of it to your outfit. I’d recommend paying attention in the shops for a camo field jacket, which you can throw on with a pair of jeans and a grey loopback sweatshirt at the weekend. 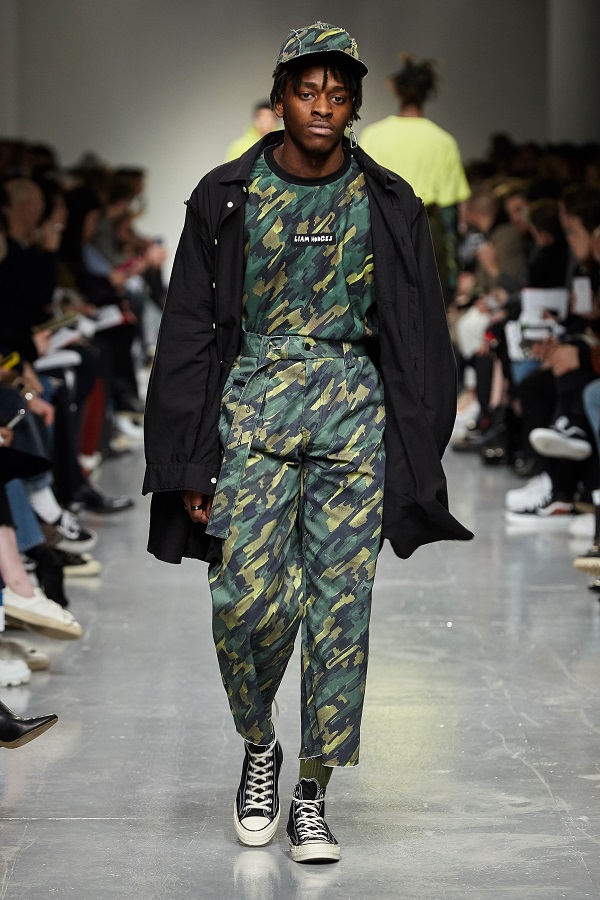 Among the more traditional dark blues, greys and blacks of the men’s autumn/winter collection, every season one colour emerges as the standout of the season. This time, fluoro highlighter colours were more prevalent than ever on the men’s catwalks, especially acid yellow. It was most liberally used on more streetwear focussed items like sweatshirts and hoodies, but it also crept in as little pops on other items such as shoelaces or as a counterpoint to camouflage and greyscale outerwear – or both at the same time, as seen here, courtesy of Christopher Raeburn. 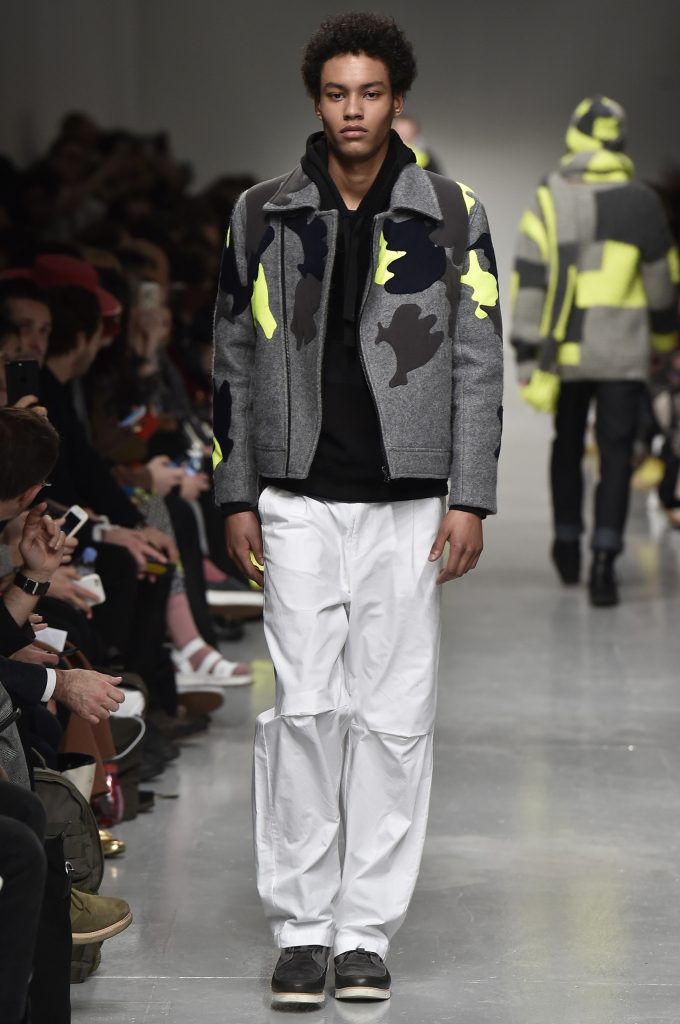 Maybe it’s the rise of all-conquering American skate brands like Supreme or Palace here in Britain, but boarding was a clear influence across this season’s catwalks – albeit in a seriously grown-up way. Hoodies were cut from more sumptuous materials (such as the embossed iterations with grosgrain ties at Matthew Millar), tight-fitting beanie hats or logo caps were the most popular headgear, and many trousers I saw were cut with a straight leg, cropped up to the ankle to show off thick gym socks (all the better to show off those Vans). 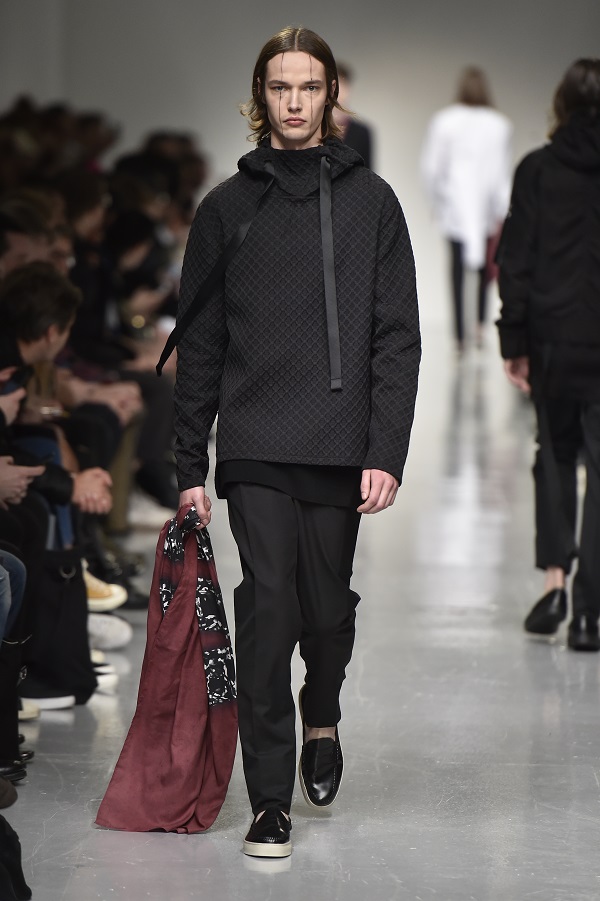 That Nineties trend we saw hit womenswear hard last year is finally bubbling over into menswear in a big way. Apart from the aforementioned neon colour palette and proliferation of artfully oversized hoodies, this also manifested itself in slouchy, fuzzy knitwear (often with vertical block stripes across the chest) and bright, psychedelic graffiti prints on T-shirts and top layers. Think Kurt Cobain – but in Technicolor. 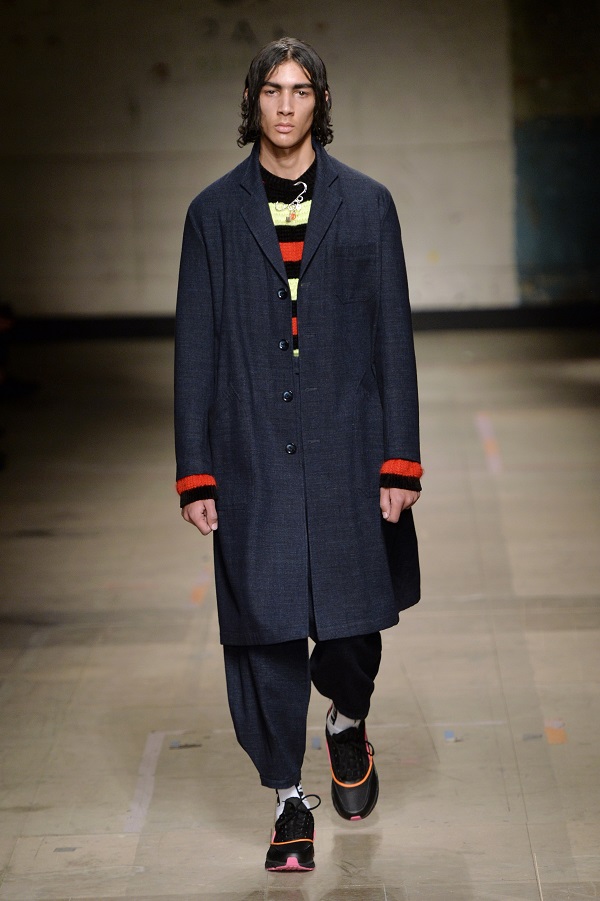 Nick Carvell is the Associate Style Editor at British GQ, where he writes about all things menswear and reports from the front row at the men’s shows in London, Milan and Paris. Having started out at mrporter.com, he has written for the Evening Standard, The Times, Brides and Glamour.

Where To Stay On Oxford Street This Valentine’s Day

Valentines: Gifts for HER

Valentines: Gifts for HIM